The 2022 Nissan Pathfinder is a three-row midsize SUV designed to take the role of a minivan. This has received a complete redesign and displays a robust appearance, along with a decent off-road pedigree. Nissan is seeking to differentiate itself against the Kia Telluride, Hyundai Palisade, and Toyota Highlander with the new model.

The four trim levels for the Nissan Pathfinder 2021 are as follows:

A range of driver assistance systems is available on the S and SV. Despite being more expensive, SL is a major step up from the SV for those who would like to be pampered more. 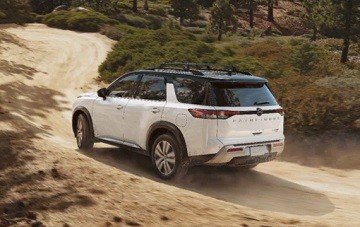 The 2022 Pathfinder is no exception to the current Nissan lineup's emphasis on redesign and update. This car has been on the market since 1986, and certainties with the first model in 2022 have been reestablished. It's the only mid-size SUV with a two-tone color scheme. Its front fascia has been altered, particularly in terms of lighting arrangements. All trims come equipped with LED headlights. The front features a fully new grille with a brand new emblem. The three notches on the grille are identical to those on the 1986 model.

A mimicked skid plate design has been added to the lower part that adds to its SUV appeal. This vehicle has 7.1 inches of ground clearance and its broad hood has taken on a boxy appearance.

20-inch machine aluminum alloy wheels are available for the Platinum. The Platinum's side mirrors include integrated turn signals, and crossbars, as well as roof rails, can be found here.

With stylish LED taillights and an integrated roof spoiler and the Pathfinder name being inscribed beautifully here, the back of this vehicle looks fantastic.

There's a distinct difference in appearance from the previous generations. Customers in the front seats of this mid-size three-row SUV will get plenty of headroom and legroom. The stitching and colors on the door panels set it apart from the previous version in a positive way, with the dashboard getting soft materials. The following are some of the features inside the 2022 Nissan Pathfinder: 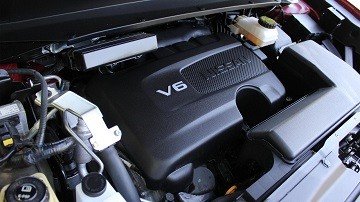 The 3.5-liter V6 engine here offers a towing capability of 6000 pounds, producing 284 hp of power and 259 lb-ft of torque. Nissan has discontinued the CVT (Continuously Variable Transmission) in favor of a 9-speed automatic transmission for the 2022 Pathfinder.

This car features an all-new chassis as well as a new clutch system. There are options for 4WD (4-wheel drive) and FWD (front-wheel drive).

Use this shortened URL to share your current search results.